How high can rising damp rise?

Rising damp is my favourite subject and as a damp surveyor i’m always looking for great pictures of rising damp and the highest height of rise.

I was recently called out to a property just around the corner from me in Trowbridge Wiltshire, they had a serious damp problem and they didn’t know whether it was rising damp, a leak and  how  to fix it.

I was recommended to the client by a builder that was about to start the renovation of the property. I was sent some pictures prior to the survey and I discussed this would have to be a destructive survey as the damp was very high and there would be a some form of defect or damp proofing gone wrong that I would have to see with my eyes rather than using just a damp meter.

As you can see in the picture above just below the electrical socket on the right hand side you can see a hole was made and part of the stud work is visible. The left hand side of the wall is solid where the vertical profile (holes) is.

On further examination of the area (see picture below) I could see bonding plaster has been applied to the wall, and also a tanking system behind what looks like a screedy cement based plastering system, not the typical grade m plastering sand you would expect from a correct specification. A physical damp proof membrane was also attached to the timber upright….they got something right!

In the picture below you can clearly see that the so called damp specialist had applied bonding on to the wall and then tanked over the top, and then applied his screedy cement render. 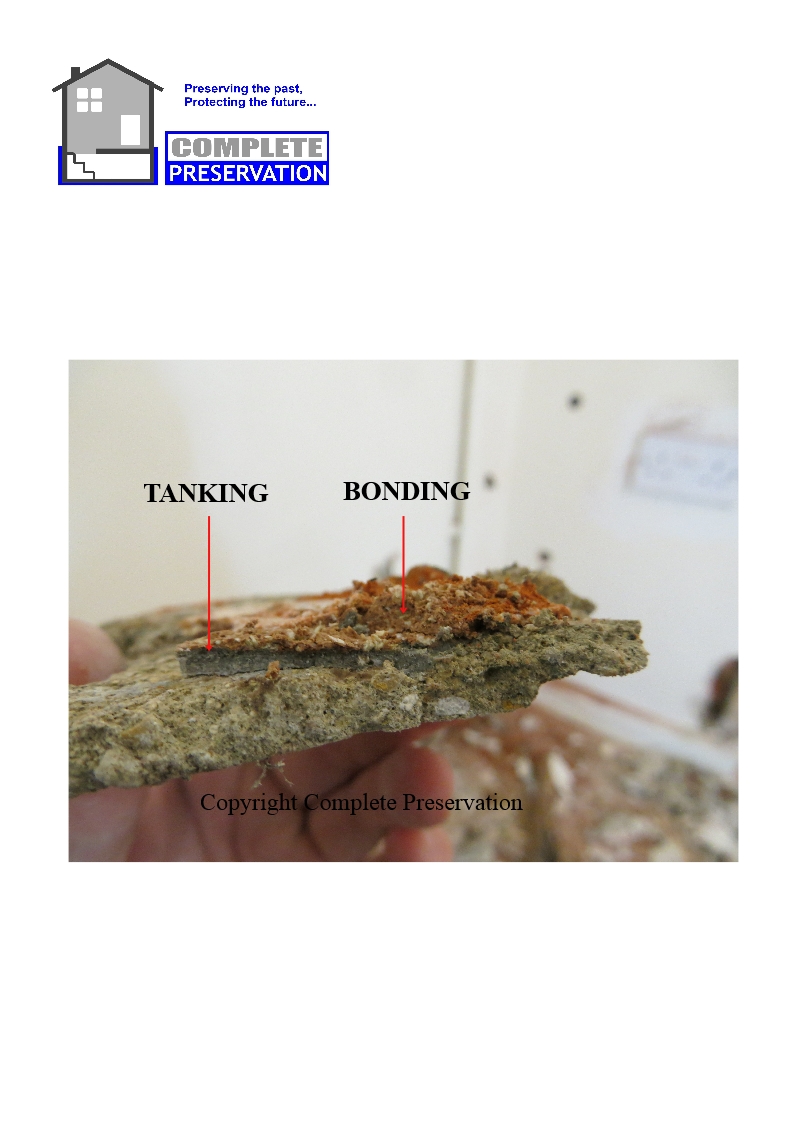 The damp specialist even applied the tanking over the stud work!

The customer was worried that because they had paid for this recently to be done once before how could I and they be certain it wasn’t a leak from the nearby central heating pipes or just some random damp patch that may disappear.

We carried out a full gravimetric profile compliant with BRE Digest 245 for a quantitative diagnosis, please see the tables below.

I was fortunate as this property was being refurbished all the plaster was hacked off for me so I could come back and take all my samples from the mortar bed. 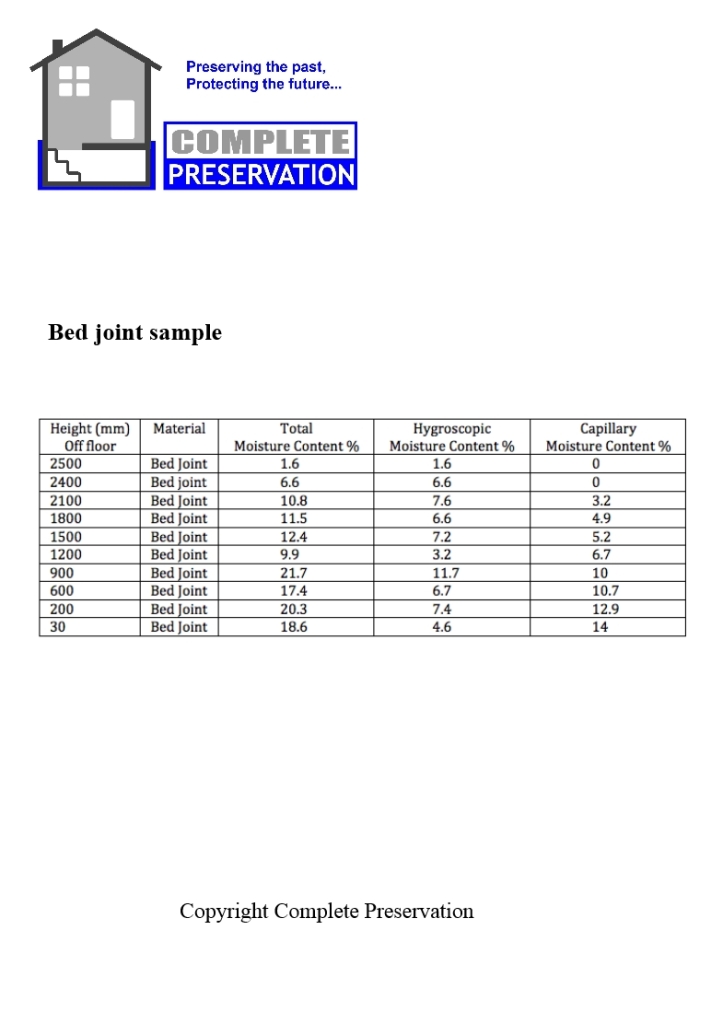 The below pictures show the wall after the plaster was stripped off, you can see the red brick (soaked) on the party wall along with the tanking. Thermal imaging also shows the that the height of rise in the gravimetric profile  is consistent with the thermal image.

You can see in the mortar joint sample that capillary moisture (rising damp) is at 2100mm , hygroscopic moisture content  at 7.6 %- 2100mm,  so if I was a betting man I would say if another sample was drilled at 2200mm or 2300mm that would be the full height of rising damp on this day. You can also see that there is 1.6 % hygroscopic moisture content in the plaster sample at 2500mm, this shows the height that rising damp has risen to at one point in time as the hygroscopic salts evaporate at the height of rise. A heavy contamination of chloride, and a medium concentration of nitrate both of which are a hygroscopic salt from the ground (rising damp) were present.

Why did the rising damp rise so high?

The area where the property is situated is called Woodmarsh, Woodmarsh for a reason…..its wet. A bonding coat was applied to the wall where the stud was, bonding is very absorbent, the damp course had failed because it wasn’t injected into the mortar bed, it was partially  injected into the brick for some strange reason! The damp was rising up the soft red bricks and trapped behind the tanking, this was evident across the whole of the property. I will also state this was not the only gravimetric profile drilled on the property which showed rising damp.