NextIt’s not a leak, its not rising damp….it’s condensation!
Uncategorized

A survey to BRE Digest 245, rising damp in walls diagnosis and treatment

Ross Charters of Complete Preservation was asked to give a presentation to 200 members of the Royal Institute of Chartered Surveyors (RICS) at the Wessex Briefing. He was asked by Geoff Hunt who was Chair of the RICS event. Geoff is an independent expert witness building pathologist based in Frome Somerset specialising in residential surveys on prewar and listed buildings. He is also the author of “Residential Building Defects” published by RICS books. He also edits and publishes “The Architectural Timeline”, a unique graphic which plots the relationship between all major elements and materials used in UK construction from the 15th Century to the present day. www.geoffrey-hunt.com

Ross and Geoff regularly work together, and this particular case study was actually for Geoff on the cause and possible repair of a damp problem in a local converted barn in Somerset.

The barn was purchased 3 years before where high readings were noted, visible dampness had got considerably worse. Remedial repairs to the wall had been carried out since purchase and had failed.

Our instruction from Geoff was a rising damp survey to BRE Digest 245, and to find the cause and come up with a suitable repair that will work.

We carried out the survey which was of a destructive nature, this means we removed some of the plaster to look at the floor and wall junction and drilled a vertical profile into the wall so samples could be analysed in our laboratory.

In the below picture you can see a salt band, and also in the rectangle box is where the samples were taken from the wall.

We drilled 2 profiles in this property, in the picture below the 2nd profile is in the rectangular box. Thermal imaging also revealed a detail that wasn’t visible with the naked eye, this being cavity construction, this explained why there wasn’t any high readings in this particular area.

The samples showed up to 18.4 % of free moisture up to 300mm in height from the base of the solid floor, which is considerably high-indicating dampness, and also a very high amount of hygroscopic salts up to 13.1%, these salts were to 2.250 m (ceiling height) it is most likely as this was previously a  barn which  was used for animals, the distribution and contamination levels of chloride that this is where the salts came from (animal urine). A high concentration of nitrate was present at 1800mm in height (the top of the salt band). The external ground level had been reduced 2 months prior to the survey, which will have most probably helped the situation, the wall is still damp that may dry completely down.

The problem we have is, even if the wall drys down we still have the considerable visible damage to the plaster, which has also caused the previous repair to fail because of the aggressive nature of the hygroscopic salts migrating through to the decorative finish.

We gave the client a number of different options, we will do another blog post on the repair to explain how things can be done.

The below picture is Ross Charters explaining the type of kit used in a typical rising damp survey . 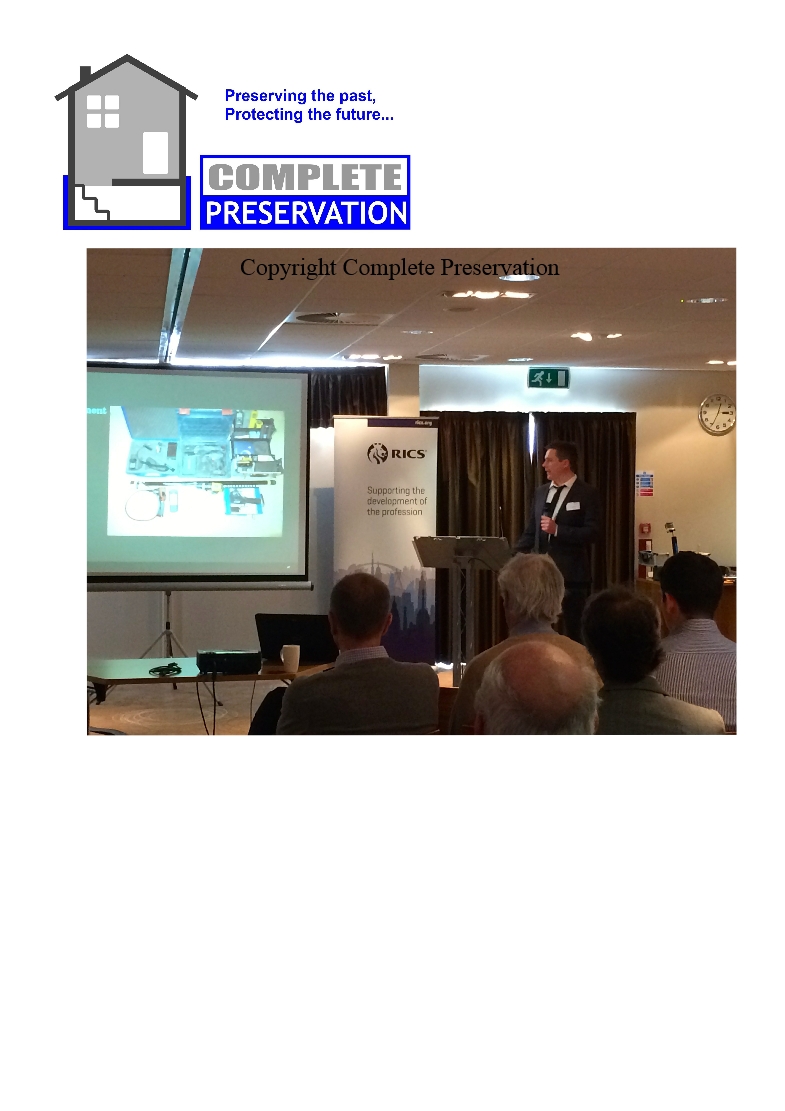 The below picture is Ross explaining how to carry a survey to BRE Digest 245 and also understanding the results. 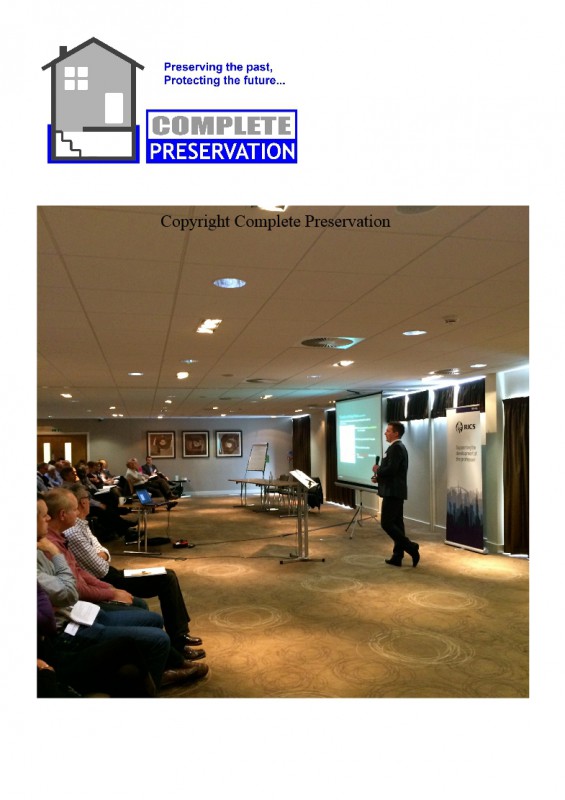 Interestingly enough the survey was carried out for a Professor that has been involved with gravimetric testing.

His testimonial is below.

“We are very satisfied with the thorough investigation of the problem of damp in our walls by Mr Hunt and Mr Charters. The issue was complex and the recommendations of potential treatments were very clear. We were given different options to pursue and a considered recommendation for action. We are sufficiently impressed with the thoroughness of the investigation and the clarity of the explanation given, that we are proceeding with the recommended action.”